Driven by drought, families are leaving their homes by the thousands in search of food, water and pasture. Above: Women in a camp for displaced people near the town of Gode, Ethiopia. ©UNICEF/Pouget

WHO donors are supporting efforts to strengthen health systems in the Greater Horn of Africa amid a humanitarian crisis caused by drought, floods, armed conflict and the impact of the coronavirus pandemic. COVID-19.

On June 22, the WHO allocated more than $16 million from its Contingency Fund for Emergencies (CFE) to the health emergency unfolding in Djibouti, Ethiopia, Kenya, Somalia, South Sudan , Sudan and Uganda, where about 80 million people suffer from hunger. This is the CFE’s largest allocation to date.

“Many people are already hungry or food insecure and increasingly on the move in search of food and pasture,” said WHO Director-General Dr Tedros Adhanom Ghebreyesus. “I am deeply concerned about the impact this will have not only on health, but on national and regional security as a whole.”

In addition to tackling the consequences of malnutrition, WHO helps countries prepare for outbreaks of cholera, measles, malaria and other diseases. The Organization is setting up a center in Nairobi, which will focus on building the capacity and preparedness of emergency health forces.

Read on for this week’s compilation of stories.

See the WHO page on the Horn of Africa

Video: Health crisis in the Greater Horn of Africa 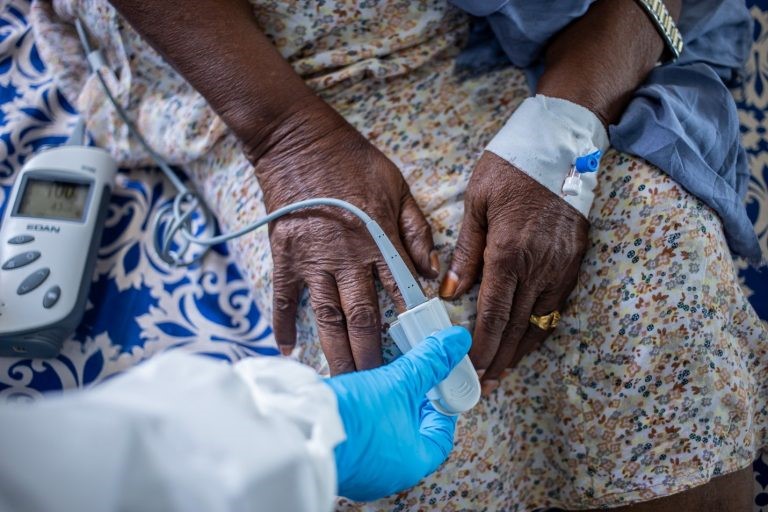 Malnutrition endangers health, especially among the elderly, pregnant and lactating women, newborns, children and people living with disabilities and chronic diseases such as tuberculosis and HIV. ©WHO/Somalia 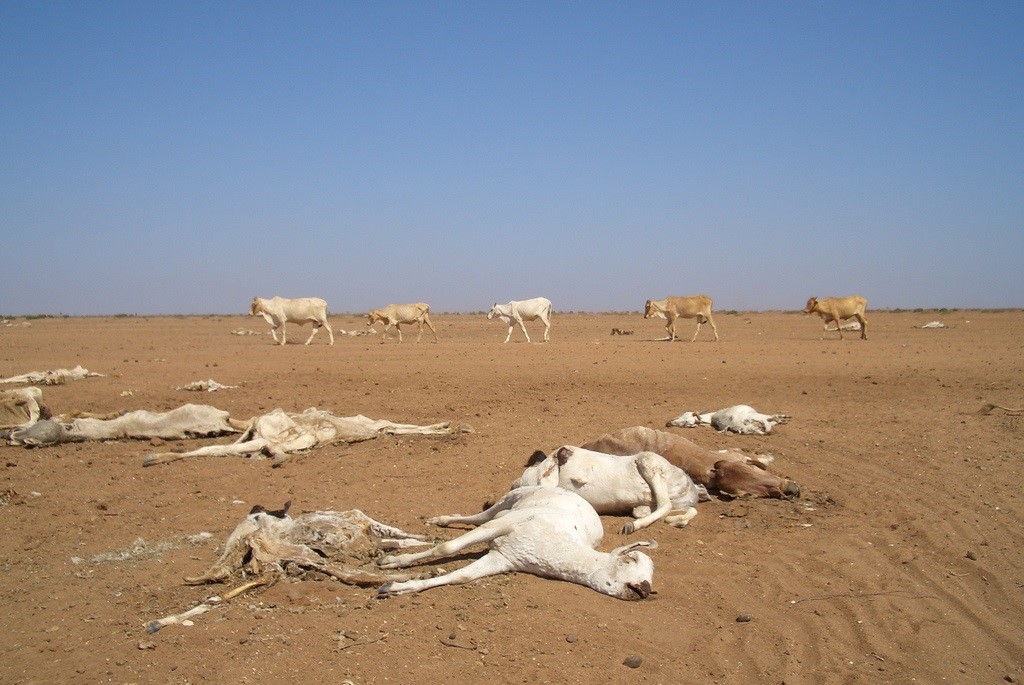 Farming communities are witnessing the loss of their livelihoods. Around three million head of cattle have died in Kenya (above) and southern Ethiopia, while in Somalia up to 30% of household herds have died since mid-2021.©Oxfam

WHO is stepping up operations in East Africa as the region faces acute food insecurity caused by conflict, extreme weather events – including the worst drought in 40 years – induced by climate change, rising international food and fuel prices and the impact of the pandemic.

More than 80 million people in the East Africa region are food insecure and resorting to desperate measures to feed themselves and their families. Acute malnutrition is high, especially among children.

As malnutrition increases, health needs in the region increase, especially among children, and clean water becomes scarce. When people leave their homes in search of food, they can no longer access health services and become more susceptible to disease outbreaks.

“The cost of inaction is high,” said Dr Ibrahima Socé Fall, WHO Assistant Director General for Emergency Response. “While the clear priority is to prevent people from starving, we must simultaneously strengthen our health response to prevent disease and save lives. Even one life lost to vaccine-preventable disease, diarrhea or medical complications from malnutrition in today’s world is one life too many.

UN report: The number of hungry people in the world reached 828 million in 2021

Call to Action: Joint Statement on Famine and Food Crises – Urgent and coordinated action is needed to avert a large-scale disaster

News: AO, UNICEF, WFP and WHO work together to accelerate action against maternal and child undernutrition in the Middle East and North Africa, Eastern Mediterranean and Arab regions 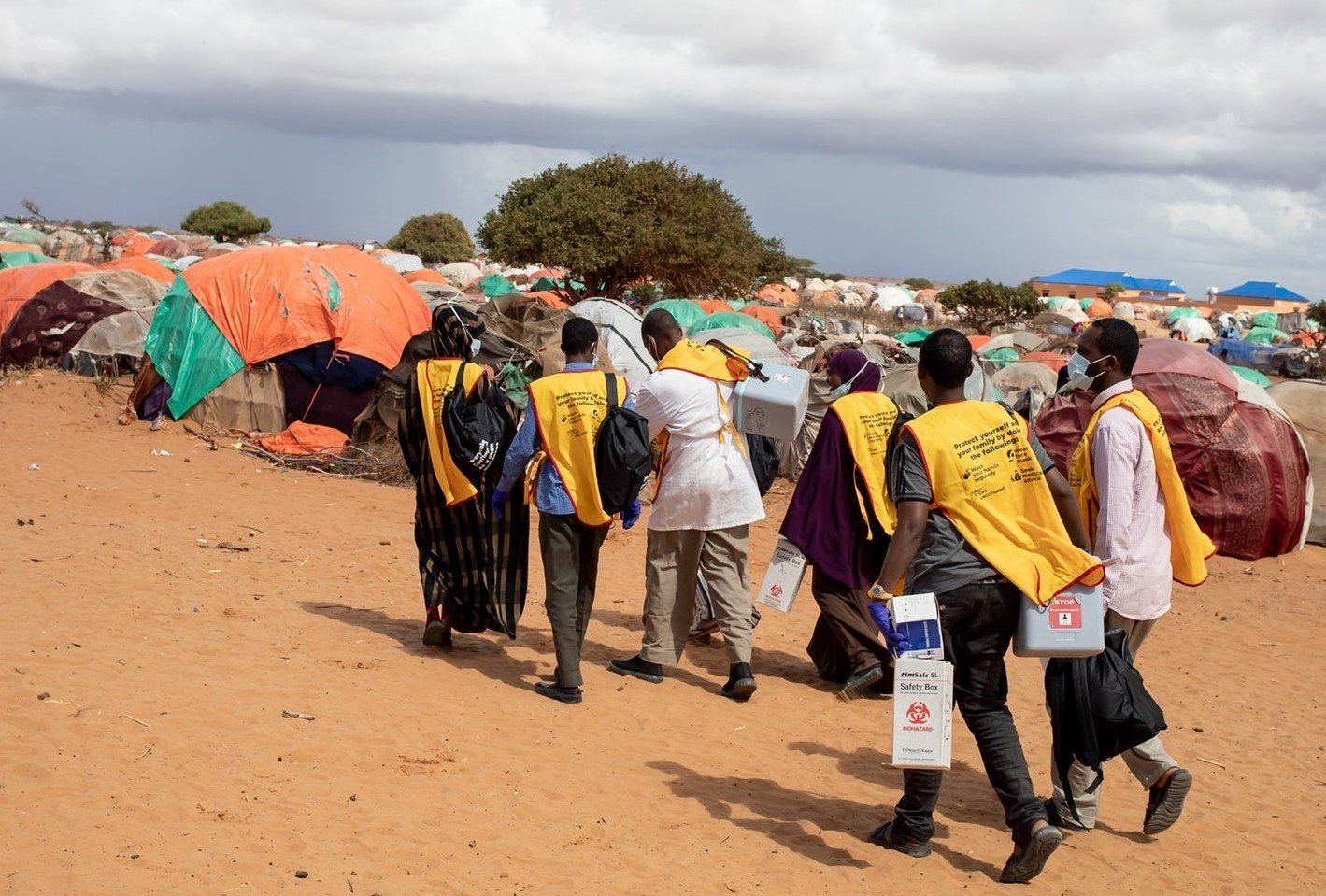 Malnutrition makes people more vulnerable to disease in the Greater Horn of Africa. There have been outbreaks of measles, cholera and meningococcal meningitis, and malaria is endemic in all seven countries. Above: Measles vaccination teams work in a camp for displaced people in Kismayo, Somalia. ©WHO/Somalia/Arete

WHO is working with partners, including the Somali Ministry of Health, to visit around 300,000 households every month in drought-affected districts to identify and help sick children. Health workers monitor measles, pneumonia, diarrhoea, cholera and malaria. They also screen children for signs of acute malnutrition and provide vaccinations.

In the first five months of this year, more than 9,000 suspected measles cases were reported in the country, the vast majority in children under the age of five.

WHO and partners seek to relaunch health emergency response in Africa 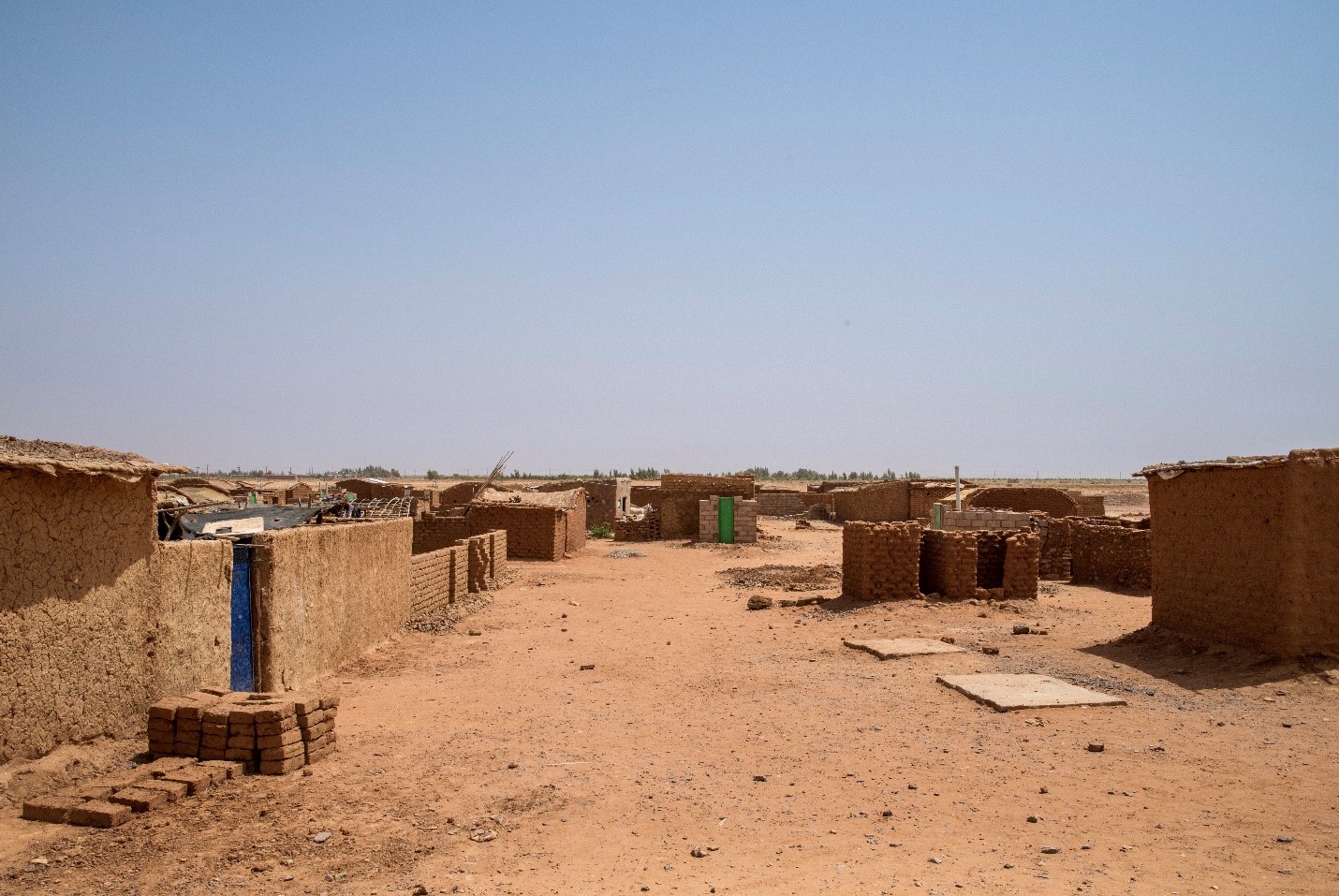 With at least 100 health emergencies a year in Africa – from epidemics to natural and man-made disasters – health emergency partners are mobilizing to reform the continent’s crisis response architecture.

At the Seventy-fifth World Health Assembly in May, Member States and health emergency partners called for more investment in health infrastructure, as well as a dedicated global emergency health workforce and equitable access to vaccines, medical oxygen and other essential medicines.

“Africa experiences more epidemics and health emergencies than any other continent in the world, many of which are preventable or controllable through proven public health interventions,” said Dr Matshidiso Moeti, Regional Director of the WHO for Africa. 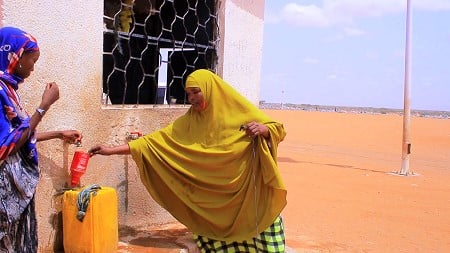 WHO organized the repair of two broken boreholes in May, restoring water service to two camps that house around 20,000 internally displaced people.

“These are not just numbers, but human lives and future generations of Somalia suffering from drought and its impact – physical, mental, emotional or psychological,” said Dr Ahmed Al-Mandhari, Regional Director of the for the Eastern Mediterranean. .

WHO has helped install life-saving solar-powered medical oxygen systems in three Somali cities and is working with partners, including donors, to expand the lifesaving innovation to other regions. 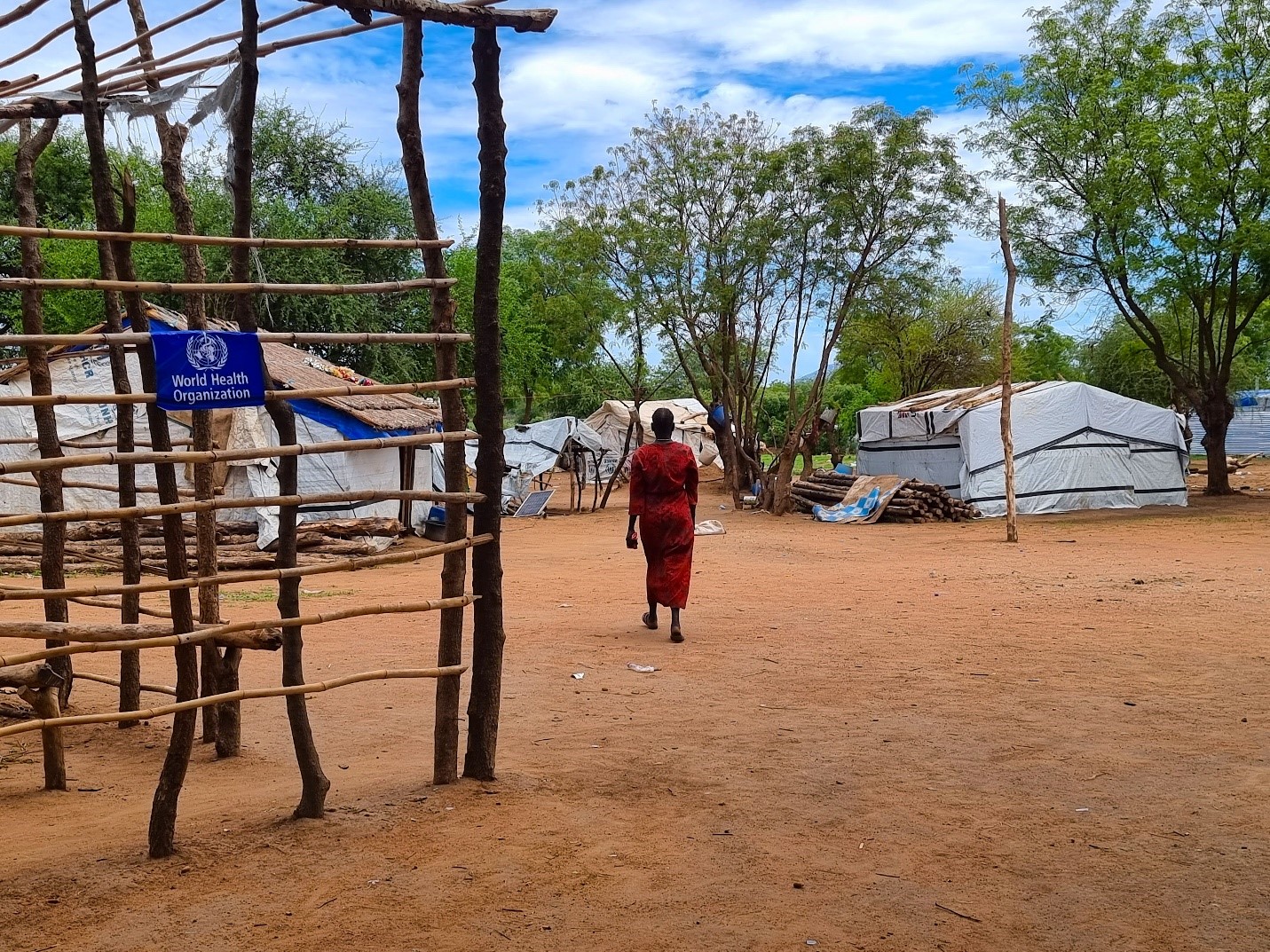 Above: A camp of around 90,000 displaced people in Mangalla, South Sudan, where WHO and partners have provided COVID-19 vaccines. ©WHO/South Sudan

For months, Lilian Hilary wanted to be vaccinated against COVID-19. She finally got her wish when health workers arrived at the Mangalla IDP camp where she lives with her two children.

“Today I am very happy that services have been brought closer to our homes so that women who cannot leave their children alone can also benefit from vaccinations,” she said during a recent intervention at of African Vaccination Week.

Ms. Hilary is one of many people to be vaccinated against COVID-19 under a special project designed to reach the most vulnerable people in 15 African countries. WHO and partners are leading the project with support from ECHO, the European Commission’s Directorate General for European Civil Protection and Humanitarian Aid Operations.

To ensure maximum coverage, WHO staff in South Sudan will continue the vaccination campaign. 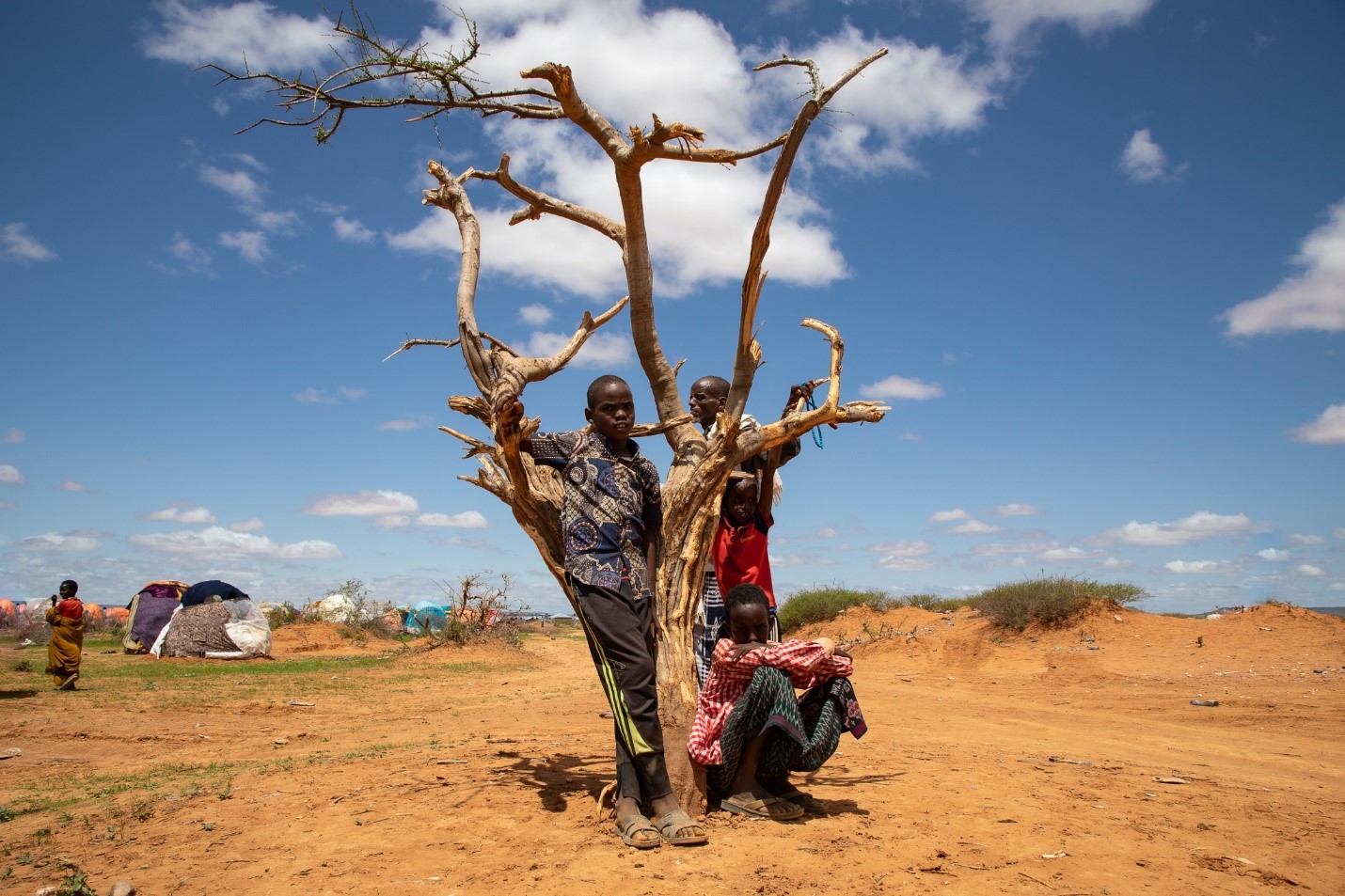 WHO thanks all governments, organizations and individuals who contribute to the work of the Organization, and in particular those who have provided fully flexible contributions to maintain a strong and independent WHO.